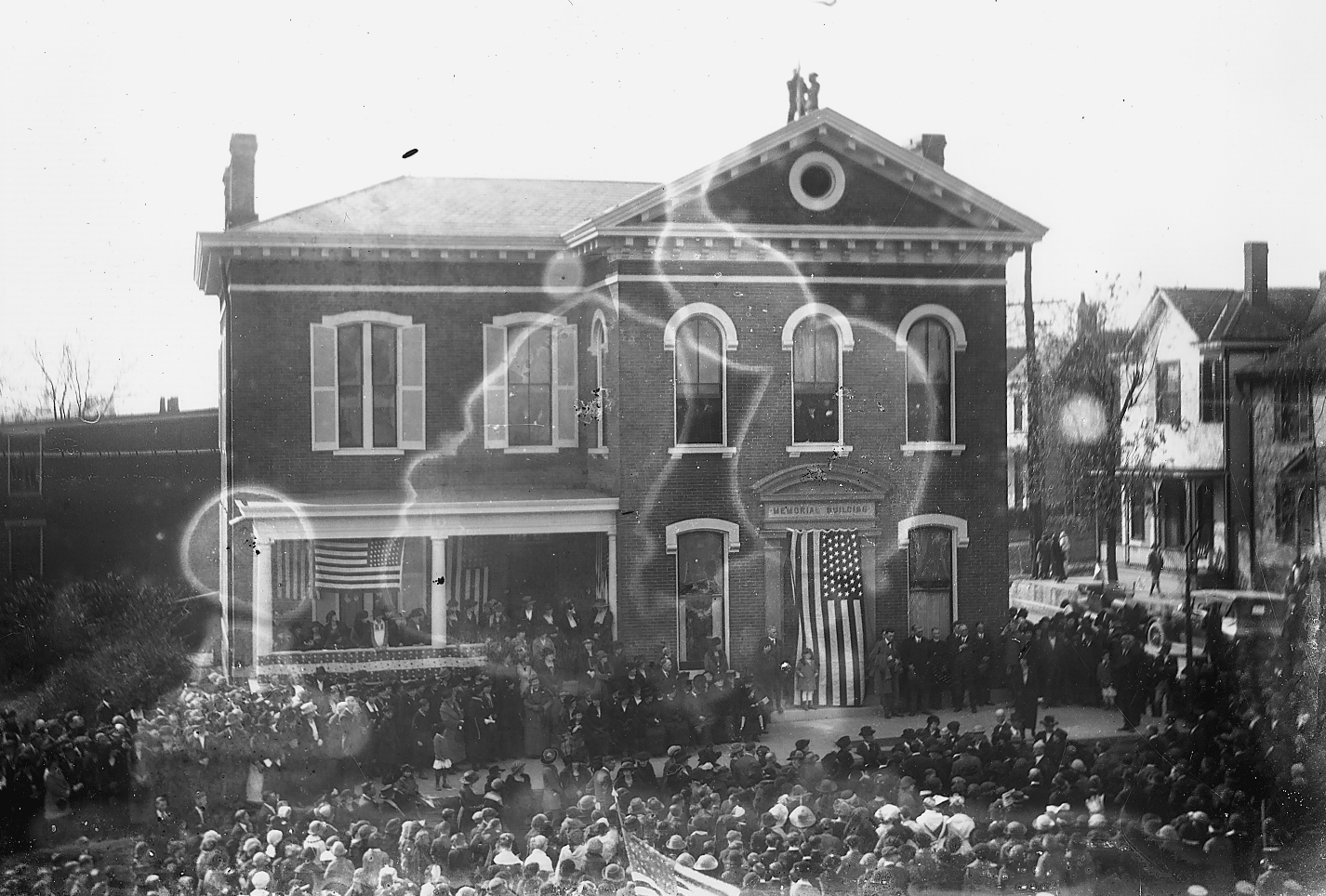 Reorganizing and establishing the club 1920-1921

The newly organized Bourbon County Woman’s Club (formerly the Paris-Bourbon Federation of Women’s Clubs) met August 9 of 1920 with many of the same women who were part of the original Federation. Now, rather than having separate clubs that made up the Federation all women were part of a single club with committees representing many of the former clubs. Their first club meeting was held at the home of Mrs. William Myall. Mrs. Myall (nee Elizabeth Knapp) was a former president of the Paris Literary Club and of the local Women’s Christian Temperance Union. Interestingly, she and her husband were both registered with the Fayette County Equal Rights Association and according to the 1920 census Mrs. Myall’s occupation was as a journalist.

The club elected officers at this first meeting and drafted their constitution. They held another meeting on August 11 at the home of Lucy Simms to adopt the constitution. They adopted as their main objective the effort to improve their local community and promote the best interests of humanity at large. “Any intelligent woman of good character interested in the object of this association” was invited to submit an application for membership. They established four departments of the club: Community Service, Literature, Music, and Art. Each department had a chairman. The club hoped to establish a club room, with the basement of the public library, basement of the Courthouse, and the Masonic room suggested. While the meeting minutes noted that a room would be chosen by the next meeting, it ultimately took them another two years to find a permanent meeting space. During this time the club and the varying committees would continue to hold meetings in community spaces such as the local YMCA or at each other’s homes.

A year and a half after that August meeting establishing a committee to find a permanent club room the B.C.W.C were still looking. At a January 1922 meeting, Mrs. Fanniebelle Sutherland asked for yet another committee be formed to find a permanent room. At this time they agreed to form a committee with the American and the Paris Commercial Club (precursor to the Chamber of Commerce) to find a joint club room or community house.

In an effort to adhere to their main objectives of improving their local community they joined forces with the Paris Commercial Club in 1922 to protest local city council’s opposition to a Public Utilities Bill coming before the Kentucky State Legislature that would have given the State Health Board certain control over water companies in the state. The city council withdrew its opposition in large part due to the women’s efforts. The women were protesting what they believed were exorbitant water rates. This protest was reported in a January 20th article in The Bourbon News.

On January 30 the club minutes report that a committee from the Woman’s Club was asked to meet with the Health Board and Commercial Club to talk over this Public Utilities Bill that was going to be put before the Kentucky legislature that week. Mrs. W.G. Talbott, Fanniebelle Sutherland, Mrs. Wallis Payne, Mrs. Arthur Hancock, Mrs. Clay (several Clay women were members of the B.C.W.C. so it is unclear which one is referred to in their minutes, but Mrs. Thomas Henry Clay, Jr. appears most frequently in the meeting minutes), and Mrs. Owen Davis served on this committee.

By their March 22 meeting the women seemed to have arrived finally at a possible solution to two of their ongoing issues: a permanent club meeting location and an appropriate soldiers memorial. Several years prior the women had dedicated a grove of pin oak trees to the soldiers from Bourbon County who died during WWI and had planned to have plaques made for each tree. They had even raised funds for this soldiers memorial, but discussion carried on for several years as to what the most appropriate memorial was to be. Finally, in March 1922

The Bourbon County Soldiers Memorial Association decided in early March 1922 to undertake raising funds to purchase the former Mrs. John T. Collins home located at Broadway (now Ardery Place) and High Streets (across from the Courthouse) to serve as a joint community building and soldiers’ memorial home. At this time there did not seem to be plans for the Woman’s Club to use the space for their meetings, but as reported at their March 22 meeting they were asked to raise the money that the men’s committee was lacking – about $3000. The committee voted to commit the club to a $1000 contribution of the purchase price if it was not raised in any other way.

By March 31, 1922 The Bourbon News reported that the purchase of

the home was completed for $12,000. It was reported that the home would be used by the American Legion and the Bourbon County Woman’s Club. There was apparently a brief tension between the Woman’s Club and the Commercial Club. From an April Executive Committee Meeting:

While no reason is given for why the Commercial Club asked them to withdraw it is plausible that they were going to also enter the competition and did not want to compete against the women. Nonetheless, the Woman’s Club was able to raise their promised $1000 through a variety of ways such as rummage sales.

After the building was purchased the women began making plans for use of the room and decorations, but decided to not hold their meetings there until after the dedication of the building. This dedication was scheduled for Armistice Day, November 11, 1922. On this occasion a parade began at the 7th Street entrance to Paris high school. The newspaper reported that it was a bright and sunny day and hundreds of townspeople turned out. The plaque, which had caused much discussion, was unveiled naming all the Bourbon County men who lost their lives during World War I. The newspaper article reports that the plaque was located on the Broadway side and unveiled from behind a large American flag. The women would use a room in the building for their club meetings, but it seems they turned the lease over to the Community Service Committee but keeping the right to use the furniture (except the china). It is unclear why this arrangement was made.

The Memorial Building still stands across from the Courthouse under different ownership. Members of Historic Paris-Bourbon County undertook a cleaning of the plaque a few years ago during the occasion of the 100th Anniversary of WWI. 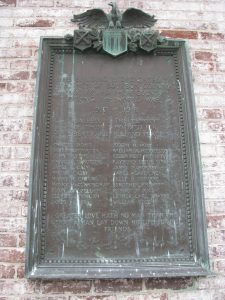 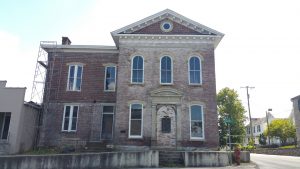