Historical Marker #1141 in Bourbon County marks the birthplace of John Fox, Jr., born December 16, 1862, at Stony Point between Paris and Winchester. The son of John Fox, Sr. and his second wife Minerva Carr, he lived there with his many siblings until he entered Transylvania College in Lexington, Kentucky at the age of sixteen. He had received his first education in his father’s school, Stony Point Academy. After two years at Transylvania, he entered Harvard as a sophomore and graduated cum laude, the youngest member in the class of ’83. Following graduation, Fox served some years as reporter for The New York Times and New York Sun but he returned home because of poor health. He taught in his father’s school and did some private tutoring.

In 1888 he moved with his family to Big Stone Gap, Virginia where they had interests in mining and real estate. There he became interested in the area; he went on walking tours and mingled with the mountain people, whom he admired. Encouraged by James Lane Allen, his professor at Transylvania, he began writing short stories.

There came an outpouring of short stories which led to his first novel, Mountain Europa. On September 15, 1892, The Saturday Evening Post declared a new novelist had been born. He was thirty years old. In the following 27 years of his life, he wrote 45 short stories and 14 novels, all popular, making him a celebrity and sought after speaker. Fox was in demand all over America and in Europe as a lecturer and reader, but he never read; he recited from his novels. His audiences loved his wit and charm and use of mountain dialect.

The Little Shepherd of Kingdom Come, the first American book to sell over a million copies, was produced on Broadway twice and as a movie once.

Trail of the Lonesome Pine, another million- copy success, was made into three movies and an outdoor drama.

Fox was an attractive, energetic person in spite of his poor health. He was quick and graceful, a good tennis player and dancer, much sought after by women. His 1883 passport described him as 5 feet, 8 ½ inches tall, weighing 140 pounds, having brown hair and blue eyes.

It was said that Fox was always plagued by poor health. On July 3, 1919 while on a fishing trip in Virginia, he became very ill with pneumonia. He went home to Big Stone Gap, where he died July 8 at 5:30 p.m.

His body was brought back to his first home, Bourbon County, where he was buried in a family lot in the Paris Cemetery. 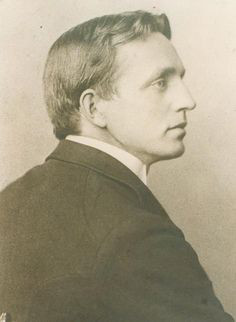 Big Stone Gap, Virginia where Fox moved and wrote many of his Appalachian stories. Book cover of one of the first editions of Trail of the Lonesome Pine, published in 1908. Movie poster from the movie Trail of the Lonesome Pine in 1936.