Duncan Tavern is located on the west side of the public square in Paris, Bourbon County. It serves as the headquarters of the Kentucky Society of the Daughters of the American Revolution. Built of native limestone and including twenty rooms, the three-story building was owned by the Duncan family for forty-one years.

In 1795, three years after Kentucky had become a commonwealth, Major Duncan asked the Bourbon County court for permission to convert his home into an inn. The Major’s inn was a very convenient place to stay overnight for those people traveling a long, slow distance to reach lawyers and legal businesses. Daniel Boone, Simon Kenton, Michael Stoner, Peter Houston and Isaac Ruddell were among the visitors at The Goddess of Liberty, the name of the inn at that time.

The Tavern flourished though the years and became a respectable boarding house in the late 1800’s and early 1900’s. For thirty years, it was called the Burr House under the management of the Burr family. By the Depression years, it had become a tenement house, falling into such disrepair that in 1940 the City of Paris condemned it and planned to raze it.

Mrs. William B. Ardery (Julia), with the support of the Jemima Johnson Chapter KSDAR went into organized action. They convinced the City of Paris and the County of Bourbon to donate money for the KSDAR to take ownership on June 15, 1940. Work started on August 19, 1940, with Mrs. Ardery, chairman of restoration for seven years. On March 14, 1941, they dedicated the building, not quite completed. In May 1945 they declared the building debt free, in spite of the difficult World War II years when supplies were scarce or not available.

It is now a venue for parties, meetings, shopping in the Gift Shop, browsing in the Museum and researching in the John Fox, Jr., Genealogical Library on the ground floor.

The Fox Library, established in 1949, is focused on helping patrons document their Revolutionary ancestors’ service and a regional library with historical resources unique to Bourbon County and other Kentucky counties. It has historical-genealogical information especially on Virginia, Pennsylvania and Maryland and other states. The Library is accessible on line, by mail and personal visits from people all over the country.

In 1955 the DAR began restoring the Anne Duncan House, the home next to the Tavern where Major Duncan’s widow and six children lived after his death. By the early 1800’s, she had moved out, leasing the inn to John Porter of Virginia. The tavern room can seat 22 people and can still be reserved for parties or banquets. (photo by Larry Shelt) The restored Duncan Tavern with the Anne Duncan house attached on the left side. 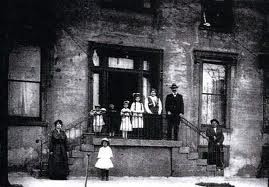 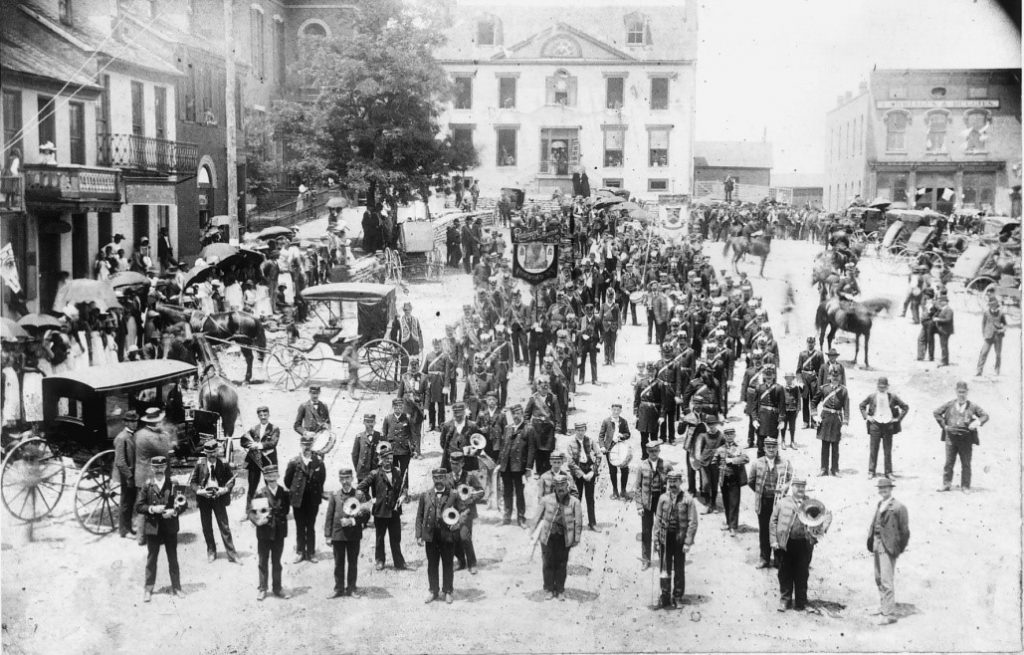 Duncan Tavern oversees the Knights of Pythias convention in Paris. This image is taken of the Courthouse Square, around 1890, looking toward the Tavern; courthouse to the right, but not visible in this picture.